Tired of waiting for electricity in Puerto Rico, man builds his own solar power system 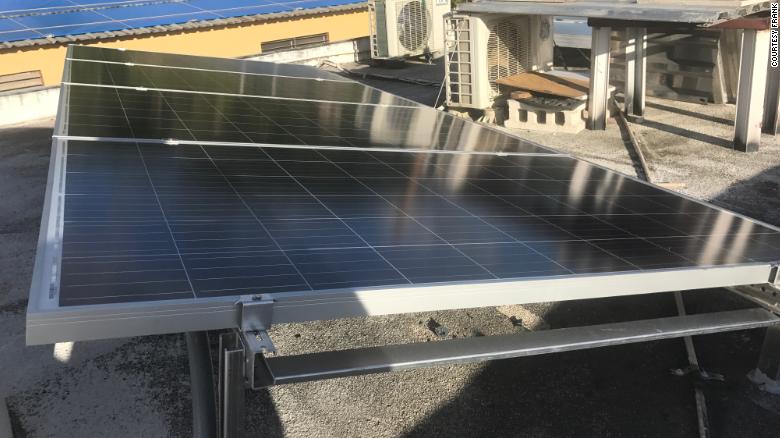 “As I’m typing this, we are in the middle of a blackout and my fridge, lights and fans are running worry free,” a man named Frank told CNN.

Fed up living off his gas generator, Frank and his family decided to install a solar power system at their home in Puerto Rico.

In January, he and his family made a decision to start building the solar power system they had long discussed.

It took a few months to gather all the supplies. Batteries, the first purchase, were scarce and expensive; panels, too, were also in high demand after the storm.

After spending months without power since Hurricane Maria hit last September, Frank says he was wasting over $350 a month running a gas generator. He was done waiting in lengthy gas lines, sometimes for six hours.

He said installing a brand-name system, such as Tesla’s, would have cost him $10,000 just for the battery.