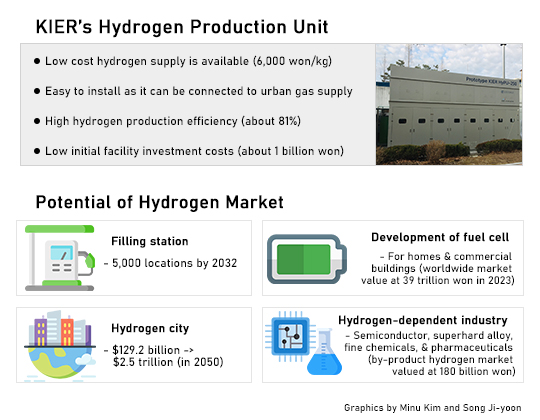 • The development will pave the way for realizing the government’s ambitious plan to increase the number of hydrogen vehicles in Korea to up to 80,000 over the next two years

• The most important thing is to produce hydrogen as cost-effectively as possible, to implement the hydrogen economy touted by the government

• It has a hydrogen production efficiency of 81 percent